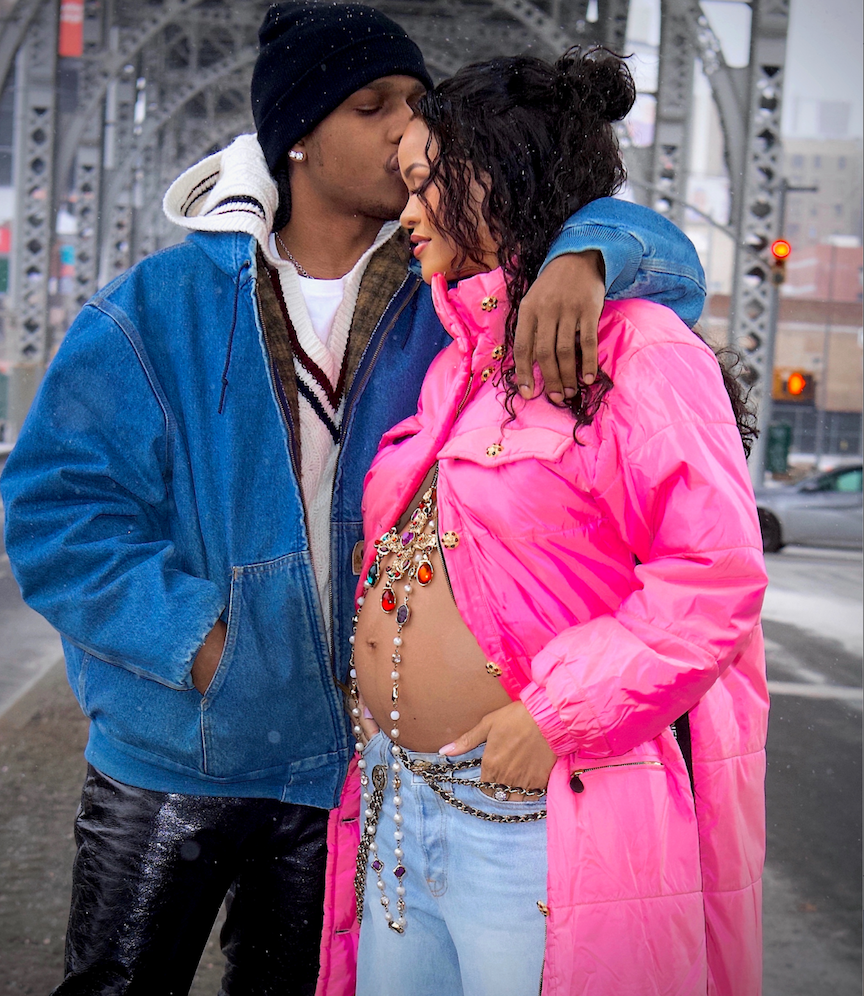 The singer debuted her baby bump while out in New York City over the weekend with her rapper boyfriend. 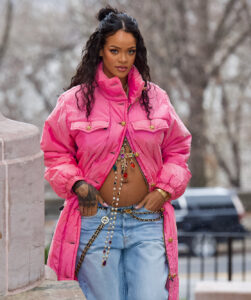 Rihanna has babies on the brain!

The “Diamonds” singer and fashion mogul, 33, is pregnant, expecting her first baby with rapper A$AP Rocky.

The couple was photographed out in New York City over the weekend, where Rihanna debuted her baby bump while wearing a long pink jacket. Her oversized outerwear was unbuttoned at the bottom to reveal her growing bump adorned in a gold cross with colorful jewels.

In one of the sweet photos, which were snapped in Harlem, where A$AP Rocky grew up, the rapper kisses the soon-to-be mom on her forehead as they enjoy a snowy walk outdoors.

Back in May, A$AP Rocky told GQ about his romance with Rihanna, calling her the “love of my life.” When asked what it felt like to be in a relationship, he said, “So much better. So much better when you got ‘the One.’ She amounts to probably, like, a million of the other ones. I think when you know, you know. She’s the One.”

News and Images from People

BACK TO ALL STORIES >

5 things no one has ever told you about nappies

Login to BUMPKO
Reset Password
Enter the username or e-mail you used in your profile. A password reset link will be sent to you by email.